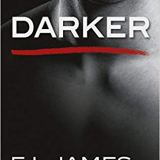 Given the connections between E L James and the Twilight Saga (The Fifty Shades series was originally published as Twilight fan fiction online featuring Edward and Bella) it was probably inevitable that the books would be republished from Christian Grey’s point of view. Unlike Stephenie Meyer’s abandoned Midnight Sun project […]

Mister Bodyguard is the fourth book in the very popular Morgan Brothers series by Lauren Rowe. That said it is perfectly acceptable to treat this title as a standalone read. Zander Shaw is effectively an honorary Morgan having been best friend to Keane Morgan for years. Dumped by the girlfriend […]